Marcus Vasconcellos worked at Corretora Omega SA as a Capital Manager, from 1984 to 1987. He acted in the BBM Group, from 1987 to 1999, initially as Capital Market superintendent in the Banco BBM restructuring. Later, he was invited to work in the group’s industrial area as a Corporate and Investor Relationships director, promoting companies’ recovery in different areas of the packaging and petrochemical sectors.

Alongside with the shareholders and the board of directors, he contributed to the acquisition of petrochemical companies in the BBM Group (corporate restructuring). In the same period, he had international experiences in Uruguay, Portugal and France acting in the group’s company restructuring.

From 2000 to 2007, he worked in the Refinaria de Petróleos de Manguinhos (Manguinhos Oil Refinery) (controlled by the Repson/SA and GPC groups)  as Corporate Director and in the areas of Investors Relations and Sales, with the challenge to manage a non-integrated refinery that was ten times smaller than its main competitor.

From 2008 to 2012, he acted as a Corporate Director of the Othon Group (Hotel business) and was responsible for  the alcohol and sugar refineries of this corporation, reporting directly to the Board of Directors. In this period, he assembled and implemented a reduction of assets and liabilities strategy and prepared the refineries for the judicial recovery process. 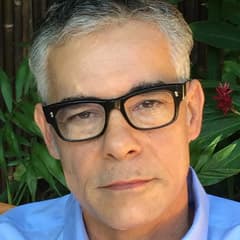