Gonçalo has over 35 years of experience in financial and operational sectors in companies of varied economic sectors, such as external auditing, real estate development and administration, hotels, and logistics, preparing financial and legal strategies, negotiations with creditors, preparation and implementation of cost reduction strategies and trade union negotiations.

He started his professional career in the early 1980s as an external auditor, acting for 6 years in the PwC and Young Auditores Independentes Company.

For 17 years he acted in companies such as Veplan S.A Group., Tegra Incorporadora and Empresas Lachmann,  leading the accounting, controller and treasury areas.

While still at Lachmann Enterprises, he was a manager at Terminal REDEX – Recinto Especial para Despacho Aduaneiro de Exportação (Special Enclosure for Customs Clearance of Exports), where he was responsible for operational and commercial areas and the relationship with governmental regulatory agencies.

Between 2008 to 2011, he managed the operational, financial, accounting and staff administration areas of the Othon Group plants, during their judicial recovery phase.

In the following years he advised in several projects including a Trade Union legal intervention decreed by the TRT – Tribunal Regional do Trabalho (Regional Labor Court) in the  1ª. Region as a judicial auxiliary. 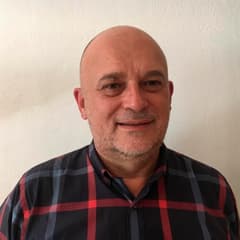