Débora acted for over 25 years in national and international companies, in the operations, projects, organizational development, commercial, marketing and engineering areas.

She started her career in the engineering projects area in 1995, and in 1999 she had become responsible for the company’s ISO 9000 certification.

She worked at Supervia (Rio de Janeiro’s metropolitan urban trains) between 2003 to 2012, where she was head of the maintenance, planning and operational control areas, and took over the Commercial and Marketing areas. During this period, she managed the train control replacement project for Rio de Janeiro, increasing the agility of the trains’ operations.

She also assumed the responsibility for the company’s organizational development, implementing management culture, including conducting strategic planning and its repercussions on the plant floor, implementation and management of work routines through process management, performance, goals, action plans, in addition to training and development of high performance teams.

Between 2013 and 2016, for the Arcadis company, she worked managing the construction products of the Barra Olympic Park and Deodoro Sports Complex where the 2016 Olympic and Paralympic games were held, being responsible for the implementation and management of the financing transferals of the federal government, and commissioning the media complex and the carioca arenas, among others, as well as working in the operation of the arenas during the games. 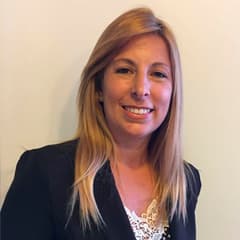