Amin Murad has been a public and private company administrator since 1989. Between 1992 and 1999, he was responsible for the industrial area of BBM Group and acted as a board member and chief executive in the companies Pronor Petroquímica SA; Nitrocarbono SA; Policarbonatos SA, Engepack Embalagens SA e Latapack Ball SA.  In the same period, he was also a director of the Sindicato das Indústrias Químicas e Petroquímicas da Bahia (Chemical and Petrochemical Industries Trade Union of Bahia – SINPER).

He worked as a director in the Lachmann Group, between 2000 to 2004, acting in the shipping, logistics and shipping agency. Between 2004 to 2006, he worked on several projects restructuring retail companies.

He also acted alongside the Administrative Board of the Othon Group, between 2004 to 2014, in the hotel business, real estate and sugar and alcohol industries. In 2006, he took over as CEO of SuperVia SA, the Rio de Janeiro metropolitan train operator, restructuring the company until 2010, when it was sold to Odebrecht Transport.

In 2011, as a director, he started and was responsible for the Concessionária Porto Novo SA, which  provided the services and construction work for Rio de Janeiro’s Porto Maravilha.

Since 2012 he has been involved in the reorganization of the industrial area of the Peixoto de Castro Group, coordinating the judicial recovery process of the companies.  From 2015, he began the project of reorganization of Oriente Construção Civil Ltda. 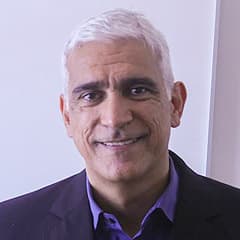